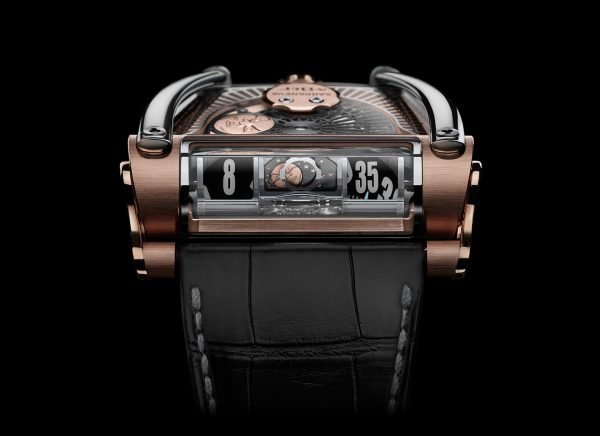 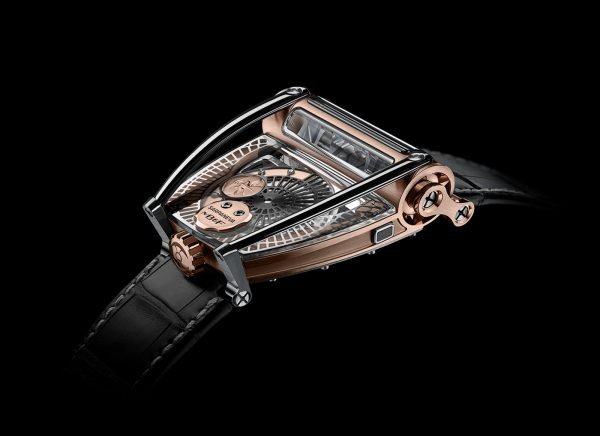 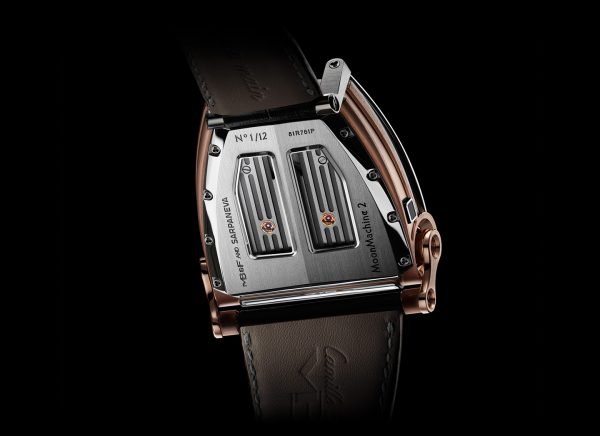 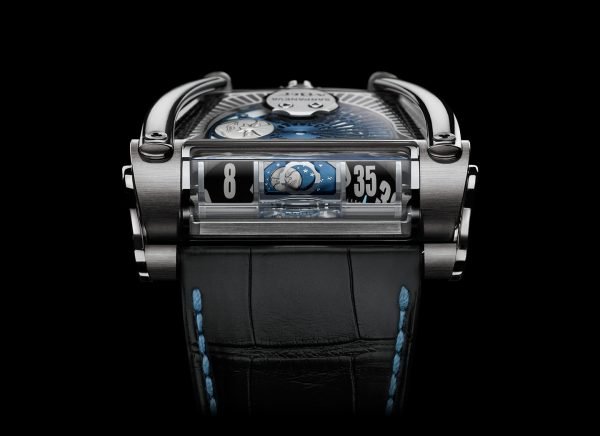 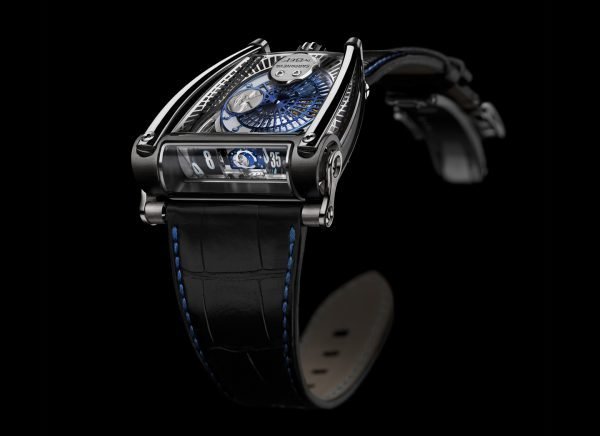 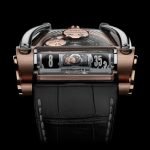 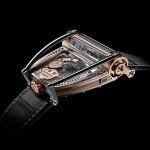 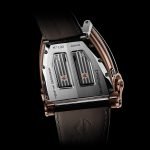 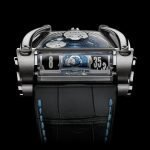 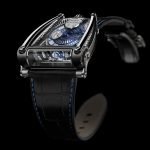 Somewhere between illusion and reality, experience the MB&F Moonmachine 2:

MoonMachine 2 is the second collaboration between MB&F and Stepan Sarpaneva: a horological creation that occupies the same elusive space as moonlight, somewhere between illusion and reality. MoonMachine 2 brings us the world’s first projected moonphase display.

MoonMachine 2 comes housed in the case of Horological Machine Nº8. The stripped-down case construction of HM8 emphasised the illusory nature of the projected hours and minutes, and MoonMachine 2 uses the same mechanism to highlight the visual impact of a moon disc.

The projection is accomplished via an optical prism, which refracts vertically the hours, minutes and moon discs. A pusher on the side alows quick and easy adjustment of the moonphase display.

The battleaxe rotor of HM8 has been transformed into an openworked radial web of titanium with Sarpaneva’s signature golden moon, and the sapphire crystal pane has been metallised in a similar pattern.