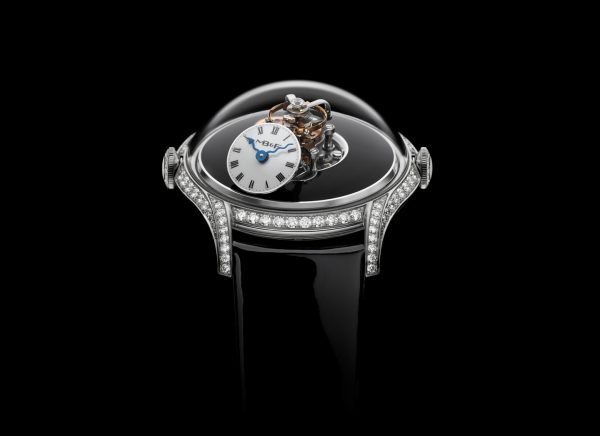 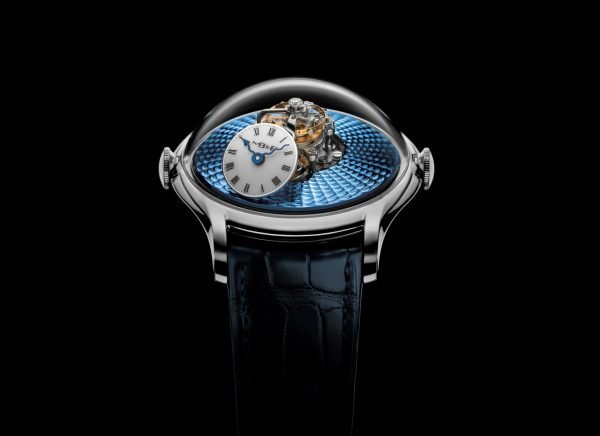 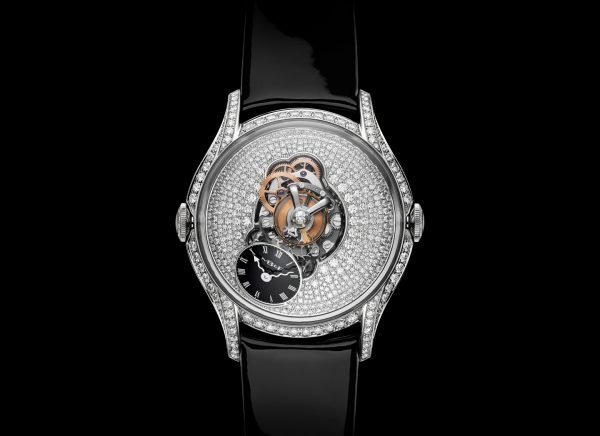 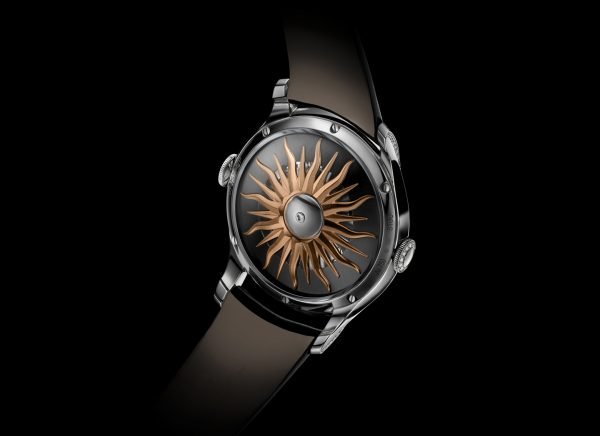 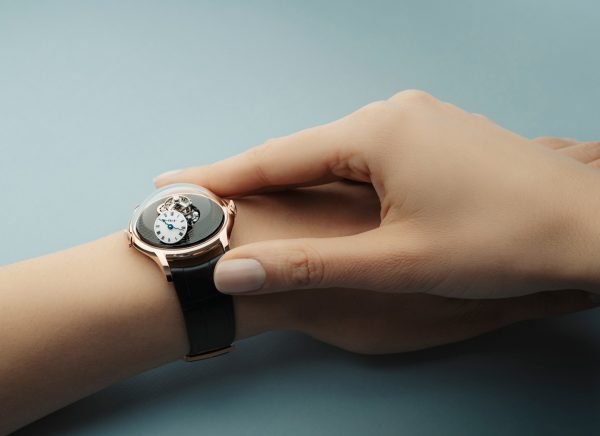 Learn more about the creation of the Legacy Machine FlyingT:

The story begins (as so many do) with a woman. Legacy Machine FlyingT owes its genesis to founder Maximilian Büsser’s ruminations on the keystone roles that women have played in his life. Launched in the first months of 2019, LM FlyingT manifested a rich and complex femininity, choosing to embody elegance and vitality – a formidable resilience – over the softer conventions of womanhood.

In 2020, LM FlyingT sheds its diamonds and embraces its natural self with limited editions in red gold and platinum – featuring guilloché dial plates executed by longtime MB&F Friend Kari Voutilainen. One is as dark as a moonless night, and is housed in a red gold case, while the other is midsummer sky-blue, with a platinum case.

At the foot of the flying tourbillon, located at 7 o’clock, is a dial of white lacquer that displays the hours and minutes with a pair of blue serpentine hands. The dial is inclined at a 50° tilt so that the time can be read only by the wearer; an intimate communication that highlights the personal nature of the LM FlyingT.