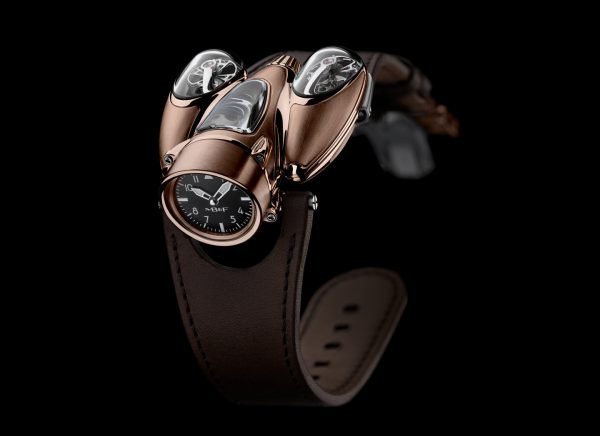 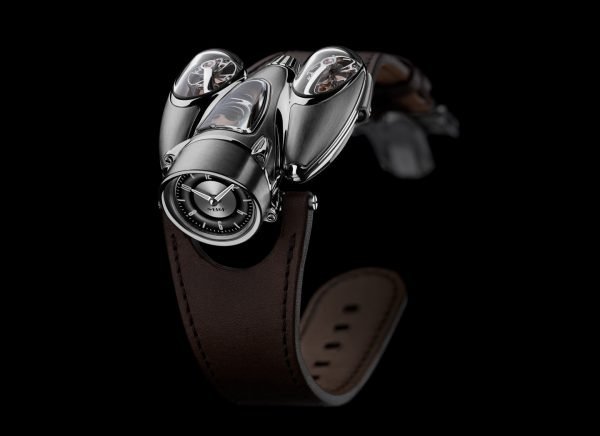 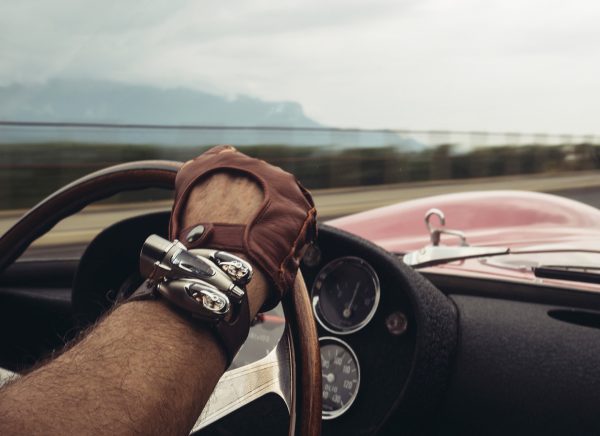 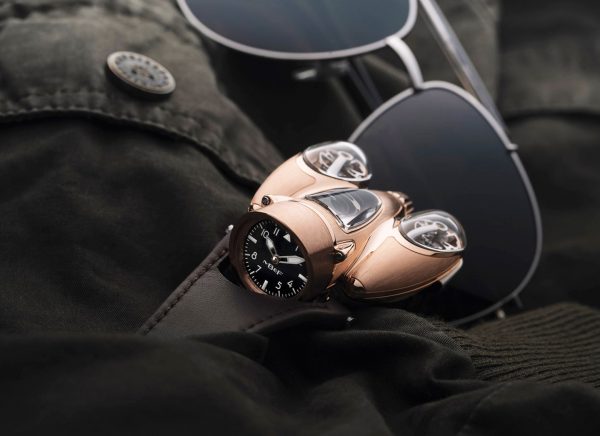 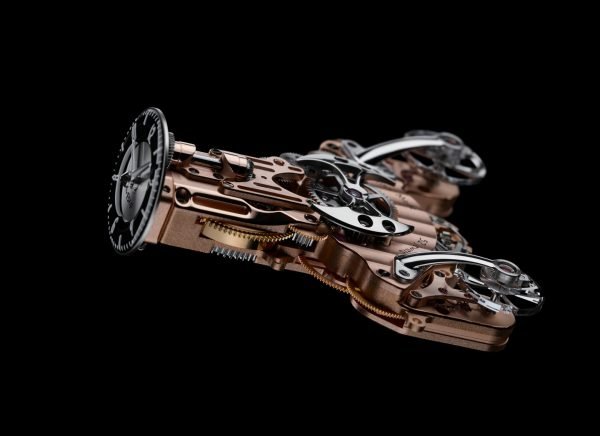 Experience the intricate creation of the Horological Machines (modeled on mid-century automobile and aviation design):

In the mid 19th century, aerodynamic principles were just beginning to appear in automotive design. Forms became curvilinear and portrayed the promise of power and speed – but designers were guided more by their aesthetic sense than by any scientific precepts.

Inspired by the automotive and aviation design of this era, the HM9 utilizes a geometrically complex combination of milled sapphire crystal and titanium or red gold case elements. HM9 redefines what is possible in watch case design.

Like of a jet engine, the highly complex case encloses an equally complex manual winding movement, developed fully in house by MB&F. Twin balance wheels beat independently on each side of the Machine, while the central body reveals the gearbox of the HM9 engine: a planetary differential that averages the output of both balances to provide one stable reading of the time.